BRED BY SERENE
​KASVATTEJANI
photo:  www.idaphotos.com
On this page I present some homebred dogs of mine.  I only sell puppies as family members. That does not exclude shows and other activities, by no means. I wish for the most promising puppies from each litter to be shown, either by me or the owner.  Still, proper doggy life with its activities and loving forever home is by far the most important thing.
Above is pictured Fi & Lv Ch Ee JCh Serene Heavenly Hero "Core", owned and loved by Hanna Åby.​ 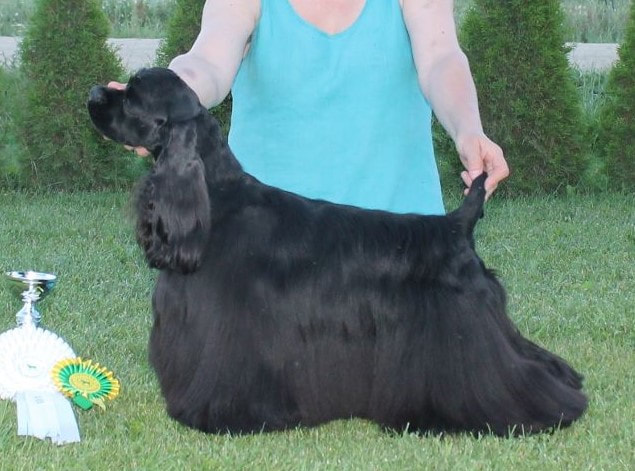 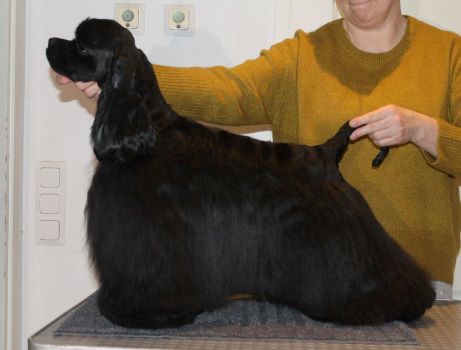 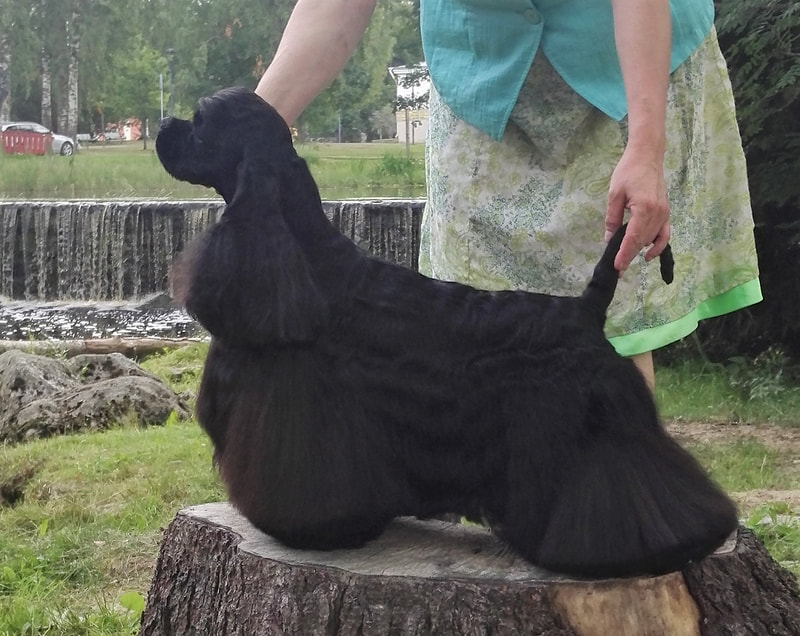 Core
Timmy, officially Fi Ch Serene Theme For A Dream,  has been shown sparingly. The results are quite nice, I think. At two years of age he has four CC's from Finland, one from Sweden, one from Estonia, two from Lithuania where he also napped two CACIBs. Exceptional coat quality and strong topline are his trademarks inherited from his sire Ch Charles Dickens These Serene Days. Timmy's dam is Ch Serene Dreams R Free, a Triscuit granddaughter. Owned by Elina Hämäläinen.

Iines, Lt Ch Serene Light Up The Night, is Sauli's litter sis. Stubborn little girl, who first decided she does not walk in show leash. No. But step by step, she has learned to like it and has already napped two CC's from Finland, two CACIBs from Lithuania and a Lithuanian championship title.  Very pretty head, very nice body, lots of coat. Sired by Ch Silverhall Salutation out of Ch Serene Trick Of The Light, owned by Tarja Sillanaukee.

Core aka Fi & Lv Ch Ee JCh Serene Heavenly Hero was shown to his title and is now enjoying his life in a short coat.  Core is a handsome fellow, Armi's litter brother. Sired by Ch Samamari's Hero Worship out of Ch Serene Sunny Side Of Heaven, groomed and owned by Hanna Åby. 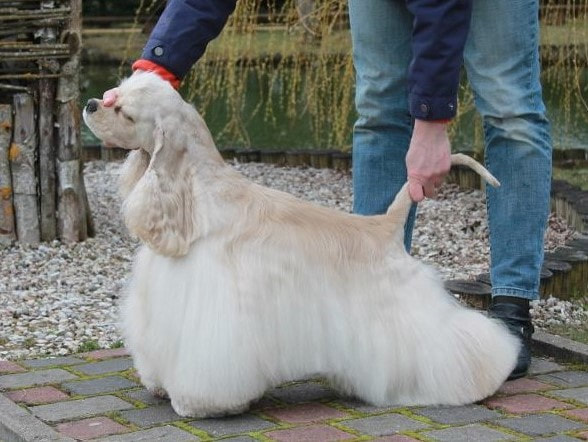 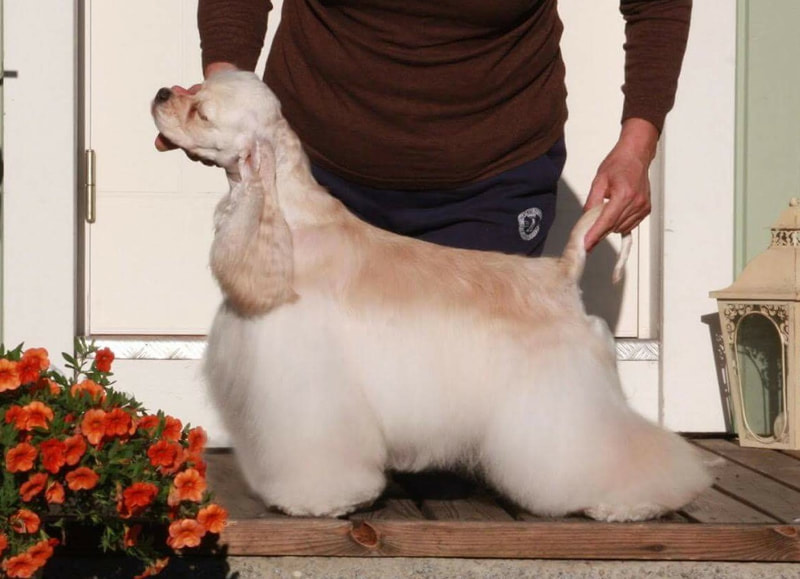 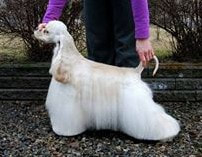 These three stunning blondes are all out of Ch Serene Summer Romance, Ronja. Ronja was born 2009 and is sired by Ch Gazon Star O'My Dreams "Dave" out of Ch Pointbreak Spice Of Life "Tilli".  Ronja had two litters.  Ronja is still going strong and goes to all kinds of activities with her owner Jasmin Kinnunen. Eye checked & clear Oct 2018 at 9+ years.

Ringo, C.I.B. Nord & Balt Ch EeJW-13 Serene Bring Me The Spring, is from Ronja's first litter born April 2012, sired by Ch Sundust From Me To You. Ringo is the sweetest boy ever. He lived with me during his show career, but has now moved to my mother.

Eden, officially known as Fi & Ee Ch Serene Trick Of The Light, is from Ronja's second litter born June 2014. The litter is sired by Ch Statesman Trick Or Treat. It is through Eden that this bloodline continues, since she is the dam of Sauli and Nila. Eden is well built, still very elegant. Eden is owned by Nora Rajala. 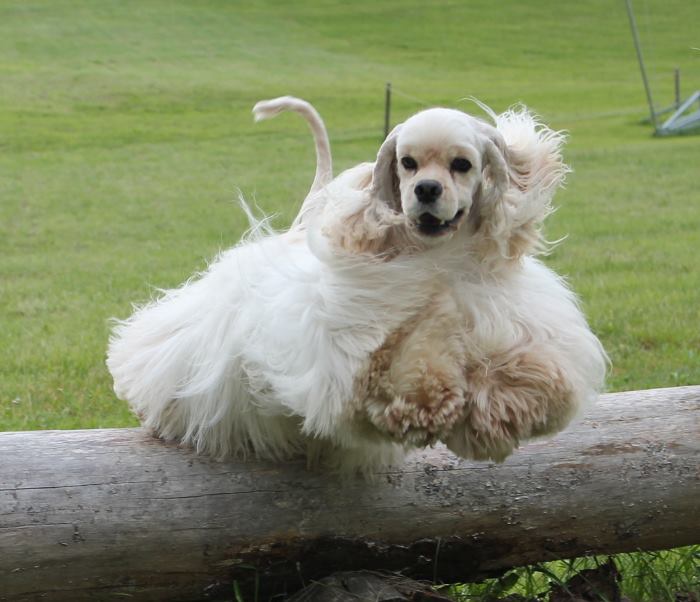